Over the last couple of weeks I have struggled to put a blog post together. I would like to say that it was because I have been so busy and enjoying myself, that I have not had the time to sit down and write anything but the truth is a little like the reasons I have neglected commenting on other’s blog posts or responding to posts on twitter – I have nothing useful to say!

Okay, maybe that is the wrong chose of wording. What is probably more accurate is I have lost confidence in my own voice and have got myself into a ridiculous headspace where I feel anything I say will come across as completely wrong or unhelpful. It is a completely irrational thought process and completely unhelpful, but yet I seem to be allowing it to overwhelm my private thoughts while continuing to demonstrate an external image of being a strong and in-control mother who is confident in her parenting of her sons.

Don’t worry! This post is not going to be an ‘Eeyore’ style post. I have let the trials and tribulations of parenting Buzz and Waxy overwhelm me for long enough and while I know I still do not have the courage to ask for what I need from the people I need it from for myself, having Bumble home over the Christmas holidays has given me a little more space to regroup and reflect on what I need to do for my boys in order to support them more effectively and help them become the beautiful young men that they are blossoming into in already. And, in the process of doing this, hopefully Bumble and I will feel less like we are permanently living in hostile warzone with the boys and professionals and we can find the time to look after ourselves a little better .

For the past couple of months Buzzbee’s separation anxiety has been overwhelming for all involved and if I am honest because it 90% of it has been directed at me.

To give you an idea of how extreme it has got. I have got the boys back in the car after a supermarket shop and go to put the trolley away (2 cars away and I am still within sight), I return to the car to a hysterical Buzzbee who is inconsolable. Another example is when panic ensues if while out Bumble and I suggest that to save time we split up to get the jobs done quicker – he wants everyone to stay together at all times.

I know there is a huge control dynamic developing here and Bumble and I are working very hard to not allow Buzzbee to control us but we are needing to be very careful because every therapeutic bone in our bodies is saying that something has triggered off this overwhelming fear response in him and until we can identify what that is or we can find a way to help him work through the ‘BIG’ feelings so that they are no longer controlling him anymore, we need to tread carefully.

It breaks my heart to see him in so much pain. He takes 2 steps forwards and progresses in one area and is so proud of himself and then ‘BAMM’ something else comes along and he is thrown into yet another crisis and we have to fight hard to not let all the progress he has already made, become lost.

At the moment I could go on forever about what I believe Buzz needs and should have by now received but rather than go into another rant or tirade about it, I have spent the last few days coming up with a ‘Battle Plan’ and I am determined this year…… I WILL NOT ALLOW PROFESSIONALS TO BRUSH HIS NEEDS UNDER THE CARPET. This year I am going to get him the assessments and support he needs and if that means I have to be a thorn in the side of people until they listen. Then so be it.

As for Beeswax! On paper to most it appears that he has every bit of support he needs and yet last year the majority of my time and energy which I should have been using to find Buzz the support he needs, I spent it dealing with Waxy and the infuriating staff at his school and their inability to understand the effects trauma and complex attachment history can have on a hormonal and emotionally immature, teenage boy and how the complex relational dynamics between how he is at school and how he is at home, is causing an unnecessary rift between us all.

In the coming weeks we will have Waxy’s GCSE options open evening and I know that school, as well as Bumble and I would like to see him cover as many subjects as possible and we are confident he could achieve high standards but at the same time, Bumble and I are concerned!

Waxy is incredibly bright but simply from the conversations I have had with school and Waxy himself, we are aware that there is already a lot of pressure being put onto him when it comes to maturity and independence, especially with him organising himself personally and academically. While we are constantly working alongside Waxy to boost his confidence in this area, he still needs a lot of support. Sadly this is an area we are failing to help school understand and rather than them seeing us as trying to support him and work closely with them, they see it as we are over anxious parents who don’t want to ‘let go of the apron strings’ – which is amusing, considering he boards most of the week and refuses to come home during the week.

School see what Waxy wants them to see and sadly even now, after more than 3 years at the school, he still does not trust the staff enough to let them know what is going on for him, so holds it together all week and lets ‘Mount Vesuvius’ erupt every weekend.

Waxy is torn. He wants to be more independent but when he is put into a situation where he has the opportunity to ‘spread his wings’, fear takes over and he sabotages himself which then results in people becoming ‘reactive’ rather than ‘reassuring’ towards him and we end up back at square one.

My goal this year is to find a way to help school understand that Bumble and I are not the ‘enemy’ and rather than them repeatedly working against us, I need to find a way of helping them to see that we want to work with them and help our son feel supported and confident that he can achieve his full potential, rather than things staying as they are now and risking him slipping through the net and his needs not being identified until it is too late for him.

I have rambled on here and I am sure that none of this will make the slightest bit of sense to anyone reading it, but what I am trying to say is for too long now I have ‘let things slide’, or taken a “softly, softly, catchee monkey” approach and that has got me nowhere. I need to pull myself together, channel a large dose of therapeutic Zen and become a ‘Velvet Bullldozer’ from now on. 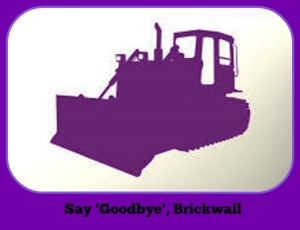 The greatest WordPress.com site in all the land!

three beautiful girls - two of them are mine

An adoption blog by two mums and a big brother to adopted little sis - the good, the bad and the plain ugly